News : Dundee Call Centre Staff Hit Out at Not Getting 10% Coronavirus Bonus from Tesco 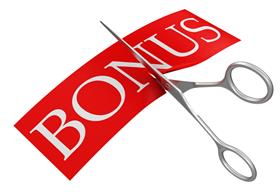 Dundee, Scotland, April 7, 2020 -- Workers at Dundee’s Tesco call centre have hit out after they did not receive a company-wide bonus, as the supermarket provider hires 140 new call handlers to help tackle growing demand during the coronavirus outbreak.

Earlier this week, Tesco said all its colleagues in the call centre would be receiving a 10% pay bonus to say thank you for their efforts during the global pandemic.

However, this will not be extended to agency or temporary staff, despite the fact they do the same job as those on permanent Tesco contracts.

One worker told the Tele: "Only staff members who have secured contracts are entitled to this bonus, which is only about 30-40% of people in the centre.

"Even though we do the exact same role and work as hard as them, Tesco really do not seem to appreciate the work we do.

"I do not have a secured contract, however, I have been working for the company for a couple of years.

"The general feeling is frustration most of all – people are having to come into work when their work can be done at home and pose less risk to the individual and their family members.

"The bonus they announced ‘everyone’ will be getting has been a hot topic among all colleagues and the majority think it is unfair and feel discriminated against.

"Even permanent staff feel this is unfair for colleagues who do not have the same entitlement.

"It really is a kick in the teeth when I have to come in and do the exact same job as everyone else during this difficult time and not feel valued for our hard work."

A spokesman for Tesco confirmed the 10% bonus will only be given to Tesco employees, and not to others in the call centre, for example, those employed by an agency.

They added around 80% of the headcount are Tesco employees, and said there are regular opportunities for temporary colleagues to secure permanent contracts every 12-18 months.

He said: "At this challenging time, an unprecedented number of our customers require our help.

"Our colleagues in Dundee customer engagement centre are providing essential support and are doing an incredible job.

"In recognition of this, we announced a 10% bonus on the hourly rate for these colleagues.

"This was part of a wider award made to say thank you to our front-line colleagues who are employed by Tesco.

"Unfortunately, we are unable to extend this to colleagues employed by an agency."

New of the bonus system comes after a second member of staff told the Tele Tesco has hired around 140 new starts, who were all due to begin working from the Dundee office on Monday.

The member of staff brought up concerns over social distancing measures within the office, but it’s understood a limited number of employees remain in the 1000-capacity building.