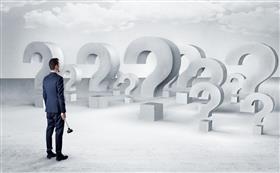 Dundee, UK, March 5, 2019 -- Tesco call centre workers have claimed they are being forced to accept alternative posts or face "losing their jobs".

Unions fear almost 90 employees could go – or have their conditions and shift patterns altered – as the company "restructures".

It was revealed last month staff at the city’s customer contact centre on Baird Avenue are at threat of redundancy.

Tesco wants to shed 9,000 roles nationally as it seeks to simplify its business.

One call centre worker, who asked to remain anonymous, said: "We are being told our jobs are going to another department and we are not being offered redundancy.

"Bosses are saying there are other jobs for us but will not tell us what shifts are available.

"They are also telling us we must work weekends, when we have always done Monday to Friday.

"We have no option but to accept or they will dismiss us with no redundancy."

Meanwhile, union bosses were to hold further talks as they continued their fight to save jobs.

Usdaw area organiser Jack Faulds said: "Further talks are being held in a bid to secure a future for the workers whose jobs could be affected.

"Although there was the potential threat hanging over 88 members of staff at the call centre, we are hopeful that the talks between the union and management so far will prevent that many people being affected.

"It is too early to say what the final outcome will be but I am confident the jobs of many of the workers will be saved."

A Tesco spokesman said: "As we change our business to serve our customers better, a small number of colleagues have roles which are impacted.

"We have been working closely with trade unions.

"Everyone affected is being offered redeployment and an alternative role within the business. Individual discussions with colleagues are ongoing."