News : EBRD to Back Launch of Business Inspection Contact Centre in Serbia 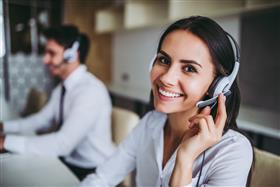 Belgrade, Serbia, Aug, 2019 -- The European Bank for Reconstruction and Development (EBRD) plans to support the creation of a centralised contact centre for the reporting of problems and irregularities in business inspections in Serbia, it said.

The set-up and operations of the contact centre will be supported by the EBRD and funding is expected to be secured through EBRD donors, the bank said in a statement earlier this week.

"We believe that functioning business inspections play a crucial role in securing a healthy business environment. We support the creation of a system which will provide for greater respect of rule of law and security for Serbian citizens and businesses," the EBRD Regional Head of Western Balkans, Zsuzsanna Hargitai, said.

The centre will serve as an easy-to-use communication channel which fosters interaction between citizens and the state, giving citizens an active role and ownership in solving problems in their society and significantly helping in fighting the shadow economy, the EBRD said.

The project is part of a comprehensive business inspections reform conducted by the Serbian public administration ministry that has been running for over three years now with the support of the EBRD.

Currently, 43 different business inspections exist in Serbia. By the time the reform is completed, this number should drop to 15, the EBRD said.