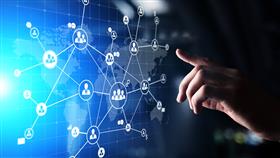 Columbus, OH, USA, Aug, 2019 -- In yet another example of a beloved Northwest retailer trying to turn itself around, Eddie Bauer will shutter a call center near Columbus, Ohio, and eliminate 111 jobs there in October.

The closure, disclosed last week by the Ohio Department of Jobs and Family Services, comes a little over a year after the Bellevue-based outdoor retailer was merged with a California surf-wear company, Pacific Sunwear, as part of a cost-saving move by the companies’ corporate parent.

But according to workers at the call center, the way those savings are being achieved — by not only cutting jobs, but outsourcing them to The Philippines — isn’t something the original Eddie Bauer would have supported when he founded the retailer in Seattle nearly a century ago.

"We don’t think Eddie Bauer would let such a thing happen to his loyal American work force were he here today," one call-center employee who is involved with an effort to stop the closure said in an email to The Seattle Times. "He would not want his legacy to be one of sending American jobs overseas as the company nears its 100th anniversary."

The Times is withholding the employee’s name to avoid work-related repercussions. Neither Eddie Bauer nor its corporate parent, Golden Gate Capital, would comment on the closure.

The closure of the Groveport, Ohio, call center is the latest twist in a decades-long struggle by Eddie Bauer.