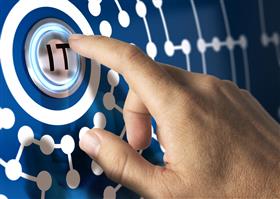 New Delhi, India, July 7, 2021 -- Soon residents, institutions, commercial and industrial units in east Delhi could dispose of their electronic waste in an environment friendly manner and even get some value back as the East Delhi Municipal Corporation (EDMC) plans to engage an agency for collection and transportation of e-waste for further processing and disposal in a scientific manner. Citizens will be able to access the facility on the corporation website, municipal officials in the know of the matter said.

The officials said the agency will have collection centres at suitable locations and will also facilitate the disposal process by way of a mobile app and a call centre with a toll-free number. "Additionally, users will be able to raise a request on the EDMC website mentioning details of the item(s) they need to dispose of and request a pick-up. The value of the discarded items will be decided and paid to those disposing of the goods," said a senior EDMC official handling the project.

E-waste includes old, discarded and unserviceable electronic items such as mobile phones, television sets, chargers and refrigerators, among others.

Until now, the corporation did not have a strategy for handling e-waste and most such waste was segregated and processed illegally by the informal sector -- ragpickers and scrap dealers and small workshops -- in an unscientific manner that posed serious environment hazards. Officials said as e-waste contains toxic chemicals and minerals such as arsenic, cadmium and acid, among others, it was imperative that such waste is recycled in a scientific manner.

"Our request for proposal (RFP) for the project is in the final stage of approval for appointing an agency. This maiden initiative will pave the way for handling of electronic waste in a responsible and environment friendly manner," said EDMC commissioner Vikas Anand.

The cash-strapped municipal corporation also aims to generate some revenue through the initiative. "We plan to earn some royalty from the agency executing the project, which will help the municipal body earn some revenue," said an official, who asked not to be named.

"Currently, most of the e-waste in the city is recycled illegally by informal groups such as ragpickers and small workshops to extract metals such as copper out of it. "A large volume of such waste from all parts of Delhi reaches pockets such as Seemapuri where a number of informal groups are engaged in extracting metals out of the junk. We will be creating larger awareness about our initiative so that people have a way to dispose of e-waste safely," the official said.

So far, there has been no assessment of the volume of e-waste being generated or recycled in the city. However, the New Delhi Municipal Council (NDMC) and recently the South Delhi Municipal Corporation (SDMC) have set up similar mechanisms for collection and disposal of e-waste in areas under their jurisdiction.

The ministry of environment, forest and climate change (MoEFCC) notified the E-waste Management Rules in 2016 following which all civic bodies were to implement the same in their jurisdiction.

According to experts, there is still little awareness around the consequences of discarding electronic gadgets in an improper manner. These gadgets often land up in makeshift workshop, where metal is extracted using the crudest methods, releasing a range of toxic chemicals, which ultimately flows into drains and then into water bodies, thereby heavily polluting them.

Satish Sinha, associate director, Toxic Link, said it is important to have a formal set-up for e-waste collection.

"When recycled illegally, the methodology used is rudimentary in nature, releasing toxic heavy metals such as lead, mercury etc into the immediate neighbourhood. Processing of e-waste requires good technology, which is why a formal set-up is required," said Sinha.

About Municipal Corporation of Delhi: