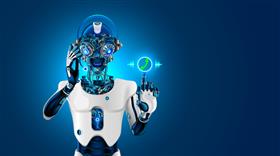 Queensland, Australia, May 29, 2018 -- eHealth Queensland is turning to internal-facing chatbots and automation to cut the time the state’s health employees spend on the phone seeking IT support.

The division of Queensland Health is driving the digital transformation of the state’s healthcare systems, as well as supporting workers like clinicians and nurses.

Chief customer experience officer Michael Berndt told the recent AWS Summit in Sydney that the agency is one of the first public sector organisations anywhere in the world to run a proof-of-concept on AWS Connect.

Connect is a year-old cloud-based contact centre service offered by AWS. As well as providing a platform for service automation, other AWS services such as Lex - used for chatbots - can also be plugged into it.

"We are seeing quite a significant transformation of the healthcare industry in Queensland," Berndt said.

"When you look at the digital hospital, integrated electronic medical records and what that’s going to be able to do for healthcare, what we need to do to support that is a very adaptable platform that we can adjust and scale as required."

"Often our solution to our problems with call volumes and loads was to throw more resources at it, but that’s something that we simply could not sustain," he said.

"When you look at an ageing population and the cost of healthcare delivery, we really needed to ensure we were being more efficient in driving those services."

"People would just forget their login details after a long weekend," Berndt said.

"We were facing call volumes that extended our call on hold [time to] over two hours. That’s time that our customers aren’t spending with patients, which is a huge productivity loss.

"We needed a better solution and approach to handle that problem."

The solution - or at least a proof-of-concept for it in the first instance - is to use technology to get to support requests faster.

Berndt said that eHealth Queensland has created a "digital employee" called Alicia - essentially a Lex-powered chatbot - to answer requests in the first instance.

"We’re also introducing ‘Russell’ shortly," Berndt said, though he did not explain whether the two chatbot personas would handle different types of requests.

Berndt said that the chatbots had been well-received, particularly as they were able to solve problems more quickly.

"The success of the project will ultimately be determined by our customers.

"Part of this as a proof-of-concept is that we’re constantly getting feedback. We are learning as we go because this is new to us.

"We’re wanting to ensure that once we’ve proven the technology and we’ve made a decision to deploy it, that we’ve got it in a state where we’re happy with it."

He said the agency was "treading carefully" on the introduction and scaling of machine learning and artificial intelligence.

Although it is building up an internal development capability, it also worked with Deloitte to "uplift" its own team’s skills in preparation for a production deployment.

Running as a proof-of-concept also meant that eHealth Queensland could "leverage off existing contractual arrangements prior to going out to a tender process", thus avoiding large-scale delays in piloting the technology.

Further tests are planned to bring automation to some of the service desk's backoffice processes.

AWS is likely to form a significant part of any future production deployment, though Berndt noted other vendor technology was also likely to be incorporated.

"I really see the benefit of building out a true end-to-end ecosystem, but I see it as not just one provider [being involved]," he said.

"I see AWS as one of those key components of that, but we’re really looking at how can we leverage off the best-of-breed for what’s available today."

Queensland Health provides a range of services aimed at achieving good health and well-being for all Queenslanders.