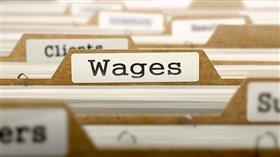 Glasgow, UK, Oct 12, 2020 -- Hundreds of staff at pay scandal call centre AGO Outsourcing have again been left without their pay after the company claimed it had gone into administration.

And the apparent failure of the telesales firm is all the fault of underperforming staff. At least that’s the claims of former chief operations officer (COO), Stephen Rafferty.

The firm’s COO and Chief Executive, Kris McGenily, had emailed a notice of administration to staff – whilst they were in Monaco for the second time in eight weeks.

However, AGO Outsourcing is not a registered company, rather the front of EK Sales Ltd which is still listed as active and has had no paperwork for administration filed.

Despite this, bosses at the firm emailed staff a notice of administration last week, hammering home the announcement online, before blocking all staff on WhatsApp and their social media channels.

And rather than admit to bad business practices, boss Rafferty blamed ‘poor performing staff’ who he said ‘should take a look at themselves.’

In a more measured post on the firm’s LinkedIn page, he wrote: "We took the unfortunate decision to close AGO...not an easy decision to make after almost four years of building something I was very proud of.

"Something that for most of that time took all my time from my family, my investment and my blood sweat and tears. Over the years there were many times where budgets were that tight that drawing salary was not an option as I would always put the work force first.

"This wasn’t because I was cash rich, but because I didn’t want my team to take the pressure of the business that I created."

But in leaked messages to the News, Rafferty blamed staff for the company going under, blasting them for "underperformance".

In a message to one former worker, he said: "Maybe these folk should take that into consideration before blaming Kris and I for their own failures.

"I’ve lost my job and my business because of others, not the other way about.

"I’m the one left to clear up the mess created by underperformance."

Following the announcement the News was contacted by dozens of former workers who had been left high and dry by the firm. And it’s certainly not the first time.

Since last October, the News has now been contacted by around 60 members of staff complaining about AGO, with the majority concerned about outstanding payment, pensions and tax deductions.

Many staff claim they are still owed thousands of pounds by the firm, whose biggest contract had been Scottish Power, with EK Sales Ltd now listed as the payee on their payslips.

But Mr McGenily – who, along with Mr Rafferty, laid off 20 members of staff just weeks before Christmas via email – denies the claims.

Worryingly, a number of staff have told us that HMRC have no tax payments from them for the duration of their contract with AGO.

One such former worker said: "HMRC told me there’s no record of me working for AGO."

Another this week told us how the HMRC are now chasing him for payments after repeated errors by AGO, which he claims they have refused to acknowledge.

"Now I’ve been left with a huge bill to pay and it’s not my fault," he added.

A pension scheme was also only set up by the company after the News repeatedly asked about why one was not in place. Another worker affected told us: "It’s a complete shambles – they don’t have a clue."

He added this week: "Kris and Stephen have blocked all employees on WhatsApp, Instagram, LinkedIn – you name it, they’re not answering any calls.

"I’ve been there for two years and there was never a pension scheme in place until earlier this year – but I checked mine the other day, and there’s been no contributions to mine.

"Apparently I now owe the HMRC £1000 because of errors in my wages."

The News repeatedly tried to contact Mr Rafferty and Mr McGenily for a comment, however, have been blocked on all the firm’s social media channels and emails have not been returned.

More Editorial From AGO Outsourcing