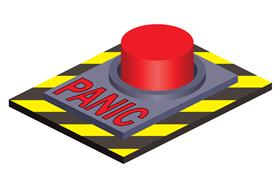 There is a new, trusted, way for South Africans to call for support in emergencies.

Namola, the mobile app, launched on 9 November and is now downloadable by all of South Africa for free.

Whether in need of the police, Metro police, firefighters or paramedics, Namola is the app that gets you in touch with any of them.

With a click of a button, the app allows users to share their GPS coordinates, name and nature of the emergency with a 24/7 response call centre. For genuine alerts, which are determined through pre-screenings, police, other emergency responses and citizen responders are then dispatched and monitored.

This is indeed a leap towards bridging the current communication gap between the police and citizens in need.

According to Yusuf Abramjee, crime activist and Namola’s chief ambassador, the app now has more than 84 000 registered users.

These users will have easier access to emergency response in a country where murders increased by 1,8 per cent, with 19 016 murders recorded in the 2016/2017 fiscal year. In fact, while the launch took place, Joburgers faced a bomb scare in Sandton and a shoot-out in Midrand.

According to Warwick Scott-Rodger, executive head of Dialdirect Insurance, which is partnering with Namola, the app is a smart complement to 10111.

He said someone’s call would always be answered and the information would be passed on to the nearest police station.

"Namola doesn’t guarantee that the police will be on time, but it improves your chances to get help greatly," said Scott-Rodger.

This technology was piloted in some of the Gauteng Traffic Police’s high-performance vehicles and the province’s MEC for Community Safety, Sizakele Nkosi-Malobane, said it had proved to be effective in improving turnaround time when responding to crime incidents and emergency alerts.