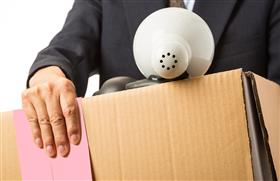 New Glasgow, N.S., Canada, Feb, 2019 -- Web.com, which in 2016 predicted it would hire 330 people at its New Glasgow office, has notified employees there of an impending round of layoffs.

"Not even the office managers even knew about it. The company just dropped it like a bomb," said one employee who did not want to be named.

"The office is in shambles."

Employees were first notified Friday, Feb. 1, via an email.

Web.com, which also has locations in Halifax and Yarmouth, employs about 130 people in New Glasgow.

The email does not say how many people will be affected, but, according to current employees, a department of 10 employees is expected to be let go by Feb. 15, with an additional 30 employees expected to go within the next six months. According to sources in the company, the Halifax and Yarmouth locations have not been affected.

In the email, Web.com chief executive officer Sharon Rowlands says that the company's streamlining of telesales has made some of those positions obsolete as the company undergoes "reorganization".

"This was part of a broader process to rebalance our organization by eliminating some positions that have become unnecessary due to reorganization and process changes," Brian Wright, corporate communications with Web.com told The News.

"Regardless of the scale, we recognize this is a difficult moment for everyone involved," wrote Wright. "We are offering individuals assistance in many forms during their transition period, and we thank them for their service."

"They actually told us that they wouldn’t be against us looking for other jobs," said another employee at the New Glasgow location. "Anybody who stays for the time are only promised two weeks of severance. It didn’t matter if they’d been working here since it started."

The company’s New Glasgow location has been opened since September 2016. Web.com has had locations in Nova Scotia since 2001.

Web.com is based out of Jacksonville, Florida. It provides a range of internet services for businesses looking to increase their presence online. The New Glasgow office serves as a customer and client support call-centre.

For New Glasgow employees who provide those service calls, there is a lot of uncertainty over who will be let go, and when it will happen.

"People aren’t really speaking because we don’t really know exactly whose been laid off," they said. "People weren’t given a time frame."

Web.com Group, Inc. is a provider of web services catering to small and medium-sized businesses. It is headquartered in Jacksonville, Florida.