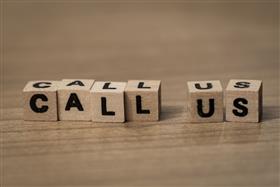 New Delhi, India, Nov, 2018 -- In the backdrop of the cases of abuse in children care institutions in the recent months, the ministry of women and child development has now written to all state governments and Union territories to make 1098 helpline accessible to all children through a telephone landline. An action taken report has been sought on the matter at the earliest.

"In order to make our children feel safer in the Child Care Institutions across the country, I am directed to say that adequate steps need to be taken to enable the children to approach government authorities or law enforcement authorities, immediately, in the times of distress," it is stated in an administrative communication issued to all secretaries and principal secretaries of the department of women and child development in states and UTs it is stated

The WCD ministry’s letter goes on to suggest that "all state governments issue a circular directing all homes (government and private) to mandatorily have a landline telephone installed in their capacity, if not already installed, so that all inmates (children) can have access to 1098".

The minister for women and child development Maneka Gandhi has from time to time raised concern over the state of Child Care Institutions and he has been candid about the fact that the system needs an overhaul. The Centre has been issuing repeated directions to all states to mandatorily register all homes as per the Juvenile Justice Act 2015.