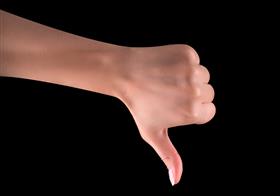 Durban, South Africa, July 30, 2020 -- Ratepayers in eThekwini Municipality have slammed the city’s Electricity Contact Centre for its failure to respond promptly to complaints which has led to several dropped calls and frustration for residents.

A source from the municipality revealed that about 40% of calls were being dropped while the waiting time was excessively long.

DA councillor Nicole Graham, who visited the centre last week, said that after receiving complaints from residents, she decided to do an inspection.

The centre is where all calls, emails and WhatsApp messages to the department are captured and forwarded to the technical teams.

Graham said residents were furious at having their calls or messages left unanswered whenever they tried to call the centre.

Graham also revealed that the offices were being disinfected during shift changes.

"This means no one is answering phones between 5-6am, 1-2pm and 9-10pm. There is no capacity on the current system to let consumers know this when they call.

"When the agent comes back to login, about 500 calls are waiting to come online, which causes a huge blockage in the system," she said.

A resident of eThekwini who asked not to be named, described contacting the centre as a waste of time and money.

"We had a power outage just after 4pm because of a burst transformer. We sent in emails and WhatsApps and even tried to call, but there was nothing.

"We slept with no electricity and were only able to get them the following day after trying numerous times. It wasn’t like this before lockdown and the municipality must fix this or employ more staff if there is a shortage."

Graham said she had requested monthly reports to the committee on dropped calls and waiting time averages to ensure oversight and accountability.

"The report would also be made public. This needs to be carefully monitored and actively improved."

In December last year, the city council approved a R40 million budget for the implementation of a new Contact Huawei Call Centre Management Solution to replace its existing system.

Municipal spokesperson Msawakhe Mayisela apologised to the public for the inconvenience caused by the delays.

Mayisela attributed them to the city’s endeavours to conform to the lockdown regulations.

Like many other organisations, he said, the city was left with no choice but to reduce the number of their staff for effective physical distancing.

"This means that in fitting instances, we will be unable to operate normally. However, we are trying our level best to meet all the needs of our residents," said Mayisela.