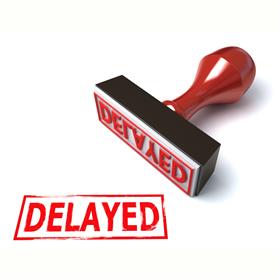 Durban, South Africa, July, 2022 - Ethekwini Municipality, which has come under fire for its slow pace in delivering services, is set to review its procurement processes which are stalling service delivery.

Mayor Mxolisi Kaunda voiced his concerns about the slow procurement processes this week.

During the executive committee (exco) meeting on Tuesday, Kaunda called on city officials to assess the possibility of decentralising the supply chain management (SCM) unit.

The call came after a tense engagement with city officials who had come under scrutiny for failing to finalise a tender to procure technology that could improve the functioning of the city’s call centre for the past three years.

The tender was meant to integrate the call centre from Water, Electricity and Revenue Services to improve customer satisfaction and response.

The exchange with the officials came after councillors had earlier on Tuesday visited the city’s call centre and were unhappy with what they found.

One of the issues that raised the ire of political parties was that the Customer Services Unit had failed to finalise a tender that would integrate the city’s call centre, after being given permission to go ahead with it three years ago.

Officials from the unit, however, blamed the SCM unit for the delay, saying there had been many challenges in finalising the tender. Among the challenges highlighted was that at one point, SCM officials had not been part of a meeting that was meant to discuss that tender and the discussions could not proceed. There had also been instances where the Customer Services Unit was asked to provide additional information on the tender issue.

The calls for the SCM unit to be decentralised come shortly after allegations of corruption within the unit, to the extent that some officials allegedly withheld letters of award to contractors after they were awarded work by the city.

Councillors said they were briefed about this allegation recently by Kaunda, who also stated that the city was looking into the matter.

Addressing the exco, Kaunda said it was unacceptable that a tender had been delayed for three years, calling for those who had contributed to such delays to face sanctions. "If there is such a delay, it leads to a delay in service delivery. It can’t be that an approved tender had been delayed for three years, what are the reasons for that?" he asked.

IFP councillor Mdu Nkosi said the party was concerned about the delay of this tender.

"We approved this item (tender) and its budget because we wanted the problems that plagued the call centre to be resolved. It cannot be that as a metro we offer sub-standard service, our standards should be of the highest quality possible.

"This integration was meant to improve communication between the municipality and residents. We hope going forward there will be a change, as we saw there was finger-pointing between line department (Customer services and SCM)."

EThekwini said backlogs at call centres were a major challenge for residents, and after a study to determine the effectiveness of these call centres, a decision to integrate them was taken.

Kaunda said he was confident that in the next three months the integration process would be completed.

"We have also tasked senior management to iron out all labour-related matters, so it does not hinder the integration process," added Kaunda.

DA councillor Nicole Graham said the problem with the call centre had been ongoing for far too long.

"The issue is not just with the system, the issue is with management, staffing, how line departments are feeding information back to those call centres, maybe there is a need for a new system, but that is not the be all and end all of all problems," she said.

Graham said there was a need to manage the call centres properly, to feed accurate information from technical staff to make sure that people who call get the information.