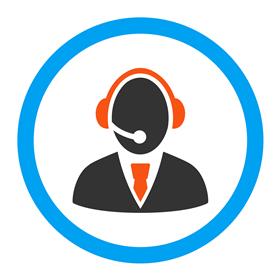 London, UK, Aug 9, 2021 -- A multinational call centre used by UK companies has been criticised for what unions have called the intrusive monitoring of home-working staff and their families, as well as asking workers to hand over biometric and medical data..

Unions say Teleperformance, which also answers calls for a series of UK government departments, is "pushing workers’ boundaries" over long-term home working amid coronavirus, and accuse the company of having unfairly targeted several staff who objected.

While the claims do not directly affect the company’s UK staff, some of the criticism centres on countries in which English-speaking staff answer calls to UK customers, such as Greece and Albania.

The French-based company says it fully complies with all local and international laws, and that feedback from staff shows overwhelmingly positive responses.

But one staff member who dealt with British customers from a call centre in Albania said that after she objected to video monitoring while working in her parents’ home she was dismissed, despite having recently been promoted.

The revelations come after some UK-based Teleperformance home workers were told in March this year to expect remote monitoring by video cameras, which would check whether they were eating, looking at their phones or leaving their desks.

After UK employees contacted the Guardian they were told this would not happen. Teleperformance insists the UK rollout of video cameras was never for remote monitoring, just training and colleague chats.

However, concerns have been raised about the company’s practices in other countries. Barbara Mecaj, a 29-year-old philosophy graduate who dealt with calls from UK customers for a multinational company, said she decided to manually cover a webcam installed to monitor her work from her family home.

Within days, Mecaj says, she was told her work performance had been "re-evaluated" and she was sacked. "Before that, everything was going fine. I was doing well, I’d been promoted," she said.

Some of the most stringent home-work conditions appear to involve Teleperformance staff in Colombia, who primarily deal with customers in the US. As well as what is described as "real time" video monitoring, workers can be asked to provide biometric details and even results of medical examinations.

A contract, seen by the Guardian, says staff must agree that photos and videos of themselves, families and children can be circulated within the company, and that they accept polygraph tests.

One Colombian staff member, speaking anonymously, said the assumption was that there was no choice but to agree: "Every day you feel like you have no privacy. It’s our faces, our lives. It’s our space in our homes, our families. We don’t want this, but we’ve got to do it, to get the work."

Teleperformance staff in Greece, another multilingual location that deals with calls from the UK, have been told that at home they must have a "segregated work area free from distraction, clutter and all background noise".

According to a local contract seen by the Guardian, staff who are paid anything over the local minimum wage, currently €9,100 a year, are expected to provide this separated work space and cover any other costs, such as internet and electricity.

A Teleperformance spokesperson said all Greek staff received a "discretionary amount" for these expenses. However, local employees say this is not the case, that additional pay is generally for language skills, and that staff are paid the same whether they work at home or in an office.

Christy Hoffman, the general secretary of UNI Global Union, said such home surveillance "forces workers to make a choice between being spied upon and being employed".

A spokesperson for Teleperformance said the company used webcams "primarily for collaboration purposes" such as meetings and training.

They said: "Everywhere we operate, Teleperformance complies with all local, national and international laws, regulations and standards that apply to our business, including those regarding security, privacy and compliance, as well as specific client requirements should they be greater.

"Prior to our use of webcams, we followed GDPR guidelines on assessing data protection risks. The Covid-19 crisis did not alter Teleperformance’s commitment to the principles and regulations on which the protection of our employees’ privacy is based."– Guardian