News : Exam One to Bring Nearly 100 Jobs to Sedalia 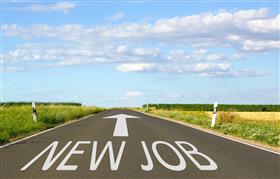 "This new facility will bring nearly 100 new jobs to the community and feature state of the art technology and call center solutions with the focus on collecting health history information for life insurance across the country…" Economic Development Sedalia-Pettis County President Rusty Kahr said in his remarks.

"When finished later this summer, the facility will house nearly 100 employees who will complete specialized medical terminology training and utilize the latest call center technology to connect with insurance companies and consumers."

Exam One’s primary work is in laboratory testing and pharmaceutical collection. The company has facilities located in St. Louis, San Diego, Toronto, and other locations.

"We’ve got a pretty diverse footprint of individuals performing this work," said Exam One Chief Operating Officer Rick Kingcade. "As we looked around to expand our services, we decided that it was a great opportunity to bring jobs where we saw a great opportunity for them. So that's why we brought them here today."

The Sedalia facility will be a call center that will collect health history information from individuals who are applying for life insurance. Many of the jobs will be front line interview positions who call individuals and ask them medical history questions. The center will provide medical terminology training for employees on site. The center will also offer other positions, according to Kingcade.

"A lot of the positions are front line interviewer positions but we will also have quality assurance, training, group leads, supervisors, like that in the location," Kingcade said. "With a hundred people you need support functions as well, those are positions that are kind of beyond the initial entry level interviewer."

Kingcade said the company is planning to host job fairs as the target opening date of early August draws closer.

Community was a main focus of many speakers’ talks, with everyone excitedly welcoming Exam One to the "Sedalia and Pettis County family." State Rep. Brad Pollitt, R-Sedalia, praised the unity he’s seen in the area.

"This community works together and 20 years ago I don’t think we could say that," he said during his remarks. "All of these organizations were willing to talk, willing to work together, and willing to plan what we needed for this town and for this community and that’s what has happened in the last 20 years.

"That’s one of the reasons why groups like this look at our community. Besides our great workforce, we have a group of individuals and groups of business that work together whether it’s politicians or whether it’s the city, it doesn’t matter anymore. We’re all together and one and that’s the reason Sedalia has grown."

Exam One President Stuart Smith echoed Pollitt’s statements, saying community and partnership are important to the Exam One.

"We’re excited to be here in Sedalia and, as mentioned, I heard the word family quite a bit. I think that was the feel that my team provided back to myself as we were evaluating many different locations," he said.

"I think that’s important, is the sense of partnership coming in was important. We’re very excited about that. We’re committed to being good members of the community and so we’re looking forward to doing that."

Economic Development Sedalia-Pettis County Executive Director Jessica Craig told the Democrat that Sedalia should be excited about the facility because it will "offer a diversification in the employment base." She is also happy Exam One chose to revitalize a building and is hoping it has a positive effect on that area.

"A lot of time in development we see companies buying and developing their own facility, which is wonderful, but when you can find a company that can revitalize a former facility and reuse it so it becomes more of an economic engine in the neighborhood and then corridor, that’s a win-win," she said.