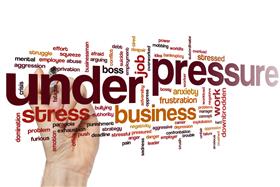 Cabinet member for finance Cllr Bob Kilmister said that the first round of contact service closures (CSCs) on June 30 had come at a peak time for the telephone contact centre, with the influx of summer visitors.

He added that the refuse collection changes had also caused an increase in calls so it could not be said that it was the service centre closures causing the rise.

At the first cabinet meeting since the summer break on September 9, members approved the phased approach which saw Fishguard, Milford Haven, Neyland and Tenby CSCs close.

It also approved the delivery of a Customer Services Channel Shift Strategy which focuses on a move to digital contact, payments and the redevelopment of the council’s My Account service.

Cabinet member for transformation Cllr Neil Prior said it would usually be a pleasure to introduce a strategy but it was not in this case "because essentially we are talking about the reduction of council services that customers have come to appreciate and rely upon."

He added that it was the "right thing to do" and would allow staff to assist those that struggled with technology or did not have access while allowing those who required a "light touch" to "do the simple things simply."

Cllr Kilmister said it was not being done "just for the sake of it" and had so far been "financially successful in what it’s achieved."

"Money is still coming in that needs to be collected and and we’re doing it at a much lower cost to the tax payer," he said.

The strategy includes closing Pembroke Dock’s CSC at some point and developing an appointment only hub in Haverfordwest.

Vacant positions are currently being filled in the call centre and a queuing system has been introduced to try and ease pressure on the staff at busy times.

Head of procurement Paul Ashley-Jones said: "The closures have had an impact but the impact has been managed and has not been too adverse for our customers is the feedback we are getting."

Pembrokeshire County Council is the governing body for Pembrokeshire, one of the Principal Areas of Wales.