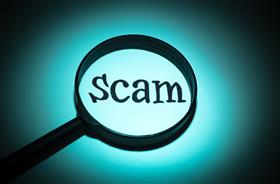 Gurugram, India, Sept 28, 2022 -- Nine people were arrested from Gurugram for allegedly duping US citizens by posing as officials of the US government, police said.

The accused operated from seventh floor of the JMD Megapolis building in Sector 48. They lured US citizens with promises of grants of 9,000 to 34,000 dollars and used to charge $200 to $ 1,600 as service charges which were later on encashed via online trading platforms.

The police arrested accused on Tuesday night and recovered Rs 1.50 lakh, three laptops and four CPUs from their possession.

The accused also paid Rs 85,000 per month as floor rent for six months.

Of those arrested, two have been identified as Satender alias Sam, Ankish Sachdeva, the operators of the call centre.

According to the police, a team led by DSP Inderjeet Singh Yadav of CM flying wing and ACP and Sadar Sanjeev Balhara raided the call centre.

"The call centre did not have any license issued by the Department of Telecommunications (DOT)," Yadav said.

"The accused operator disclosed that earlier they had opened a call centre in Gurugram but it got closed due to Covid. The police have also recovered five pages script which was provided by the call centre operator to employees to communicate with US nationals," the DSP said.