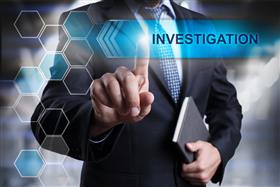 Bhopal, India, June, 2019 -- Madhya Pradesh police’s cyber cell will take help of the Federal Bureau of Investigation to record statements of United States citizens who were victims of a fake call centre racket operating from Indore, an official said.

The racket, being operated from three call centres in Vijay Nagar area here, was busted on June 11 and led to the arrest of 78 people, including 19 women.

"We will soon hand over a list of nearly 100 US citizens who were duped, and request them to record their statements," MP Cyber Cell’s Indore Unit Superintendent of Police (SP) Jitendra Singh told PTI.

"A special agent of the FBI met special director general of police Purshottam Sharma and other senior officials at the state cyber cell headquarter in Bhopal Thursday. He assured help in recording statements of US citizens who became victims of the online scam," Singh said.

Singh said an FBI team will reach Indore probably by the end of this month to help in the probe.

Those operating the call centre racket used to contact US citizens by sending them voice messages and calling them using special software which showed as if the call was made from within the US, Singh said.

The accused passed themselves off as US social security unit officials and would tell the victim that his social security number was used in money-laundering or narcotics smuggling racket, the official said.

"The accused would tell the victim to pay a certain amount as penalty in order to not have his or her social security number blocked. They have duped several people this way," he said.

Officials said the accused had confidential data of close to 10 lakh US citizens.

The Federal Bureau of Investigation (FBI) is a governmental agency belonging to the United States Department of Justice that serves as both a federal criminal investigative body and an internal intelligence agency (counterintelligence). Also, it is the government agency responsible for investigating crimes on Native American reservations in the United States under the Major Crimes Act. The FBI has investigative jurisdiction over violations of more than 200 categories of federal crime.