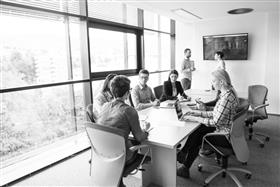 Bethlehem, PA, USA, Nov, 2017 -- The nearly 470 workers losing their jobs at a Bethlehem Wells Fargo call center will be eligible for free training and other assistance from the federal government, which has determined the bank has shifted their work — or work similar to it — out of the country.

Wells Fargo "shifted to a foreign country the supply of a service like or directly competitive with the service supplied by the workers, which contributed importantly to worker group separations," the U.S. Labor Department’s Office of Trade Adjustment Assistance wrote in a Nov. 16 decision, which was posted online this week.

The decision certified a petition filed Oct. 31 by three of the call center’s employees, who based their request for assistance on "CEO affirmation on various media outlets" of jobs being shipped overseas, as well as an increase in the number of foreign job postings within their call center.

Wells Fargo announced Oct. 17 it would shutter the call center at 1015 Club Ave. in the Lehigh Shopping Center, a move that nearly halves its local workforce. In an Oct. 18 letter to Bethlehem Mayor Robert Donchez, a Wells Fargo executive said the bank was cutting 468 jobs during October, November and December.

In a statement issued by Wells Fargo spokesman James Baum, the bank said it was respectful of the Labor Department’s decision but reiterated that none of the jobs at the Bethlehem center are being shifted to an international location.

"The displacements are taking place because the volume of direct calls to our contact centers has decreased," the statement reads. "As a result of the closure of the Bethlehem site, inbound calls from customers to the Bethlehem location are being rerouted to other contact center locations across our footprint."

Baum said he had nothing to share regarding which "other contact center locations" are handling the calls being rerouted.

Last month, Wells Fargo CEO Tim Sloan came under fire during a U.S. Senate hearing about whether the company was cutting call-center jobs in the U.S. while beefing up operations in the Philippines. Sloan defended the practice of opening overseas offices, but he did not specifically address whether the local jobs are being shifted abroad.

Offshoring call center jobs is not new for American companies. Many companies set up operations overseas, where labor costs tend to be cheaper, though one expert told The Morning Call earlier this month the moves have slowed since the Great Recession, when many industries ramped up efforts to hang on to their customers in a struggling economy.

In the government’s decision, Trade Adjustment Assistance certifying officer Hope D. Kinglock did not identify the foreign country where the Labor Department determined the Bethlehem call center’s work is being shifted.

The Labor Department said, in general, a favorable petition certification covers all employees who lose work or are threatened with job cuts from one year before a petition is filed and two years until the date of certification.

In this case, affected local employees are eligible to apply, through Nov. 16, 2019, for assistance beyond normal worker’s compensation under the federal Trade Adjustment Assistance program, which provides aid to workers at companies hurt by foreign trade.

By approving the TAA petition, the government will provide workers with long-term job training, with a potential for additional income and relocation allowances, said Nancy Dischinat, executive director of the Lehigh Valley Workforce Board.