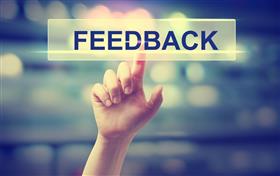 Vijayawada, India, Dec 23, 2019 -- The state government will soon introduce a feedback mechanism on power supply status so that people can check and lodge complaints on any interruptions in power supply.

Minister for energy Balineni Srinivas Reddy directed officials on Sunday to develop a mobile app or any other mechanism where consumers can access the power supply position from their mobile phones and give feedback on their grievances.

Reddy said that supplying 24x7 power to all consumers across the state will remain top priority for the state government. He said there was a need for collecting feedback from ground level in real time for which a proper mechanism is to be developed.

He suggested to develop a mobile app from which consumers can access the power supply position in their areas and report if there are any interruptions.

The feedback mechanism should be monitored by the officials at all levels--from mandal to state--in real time and the tickets raised by consumers over supply interruptions should be addressed immediately, said Reddy.

Reddy said the power supply position has improved a lot despite poor financial health of Discoms, shortage in coal supply and other roadblocks. The state government considers 24x7 power supply as one of the most important objectives of its policy for reviving economic growth in the state, he said. He said that the government want to achieve 100 per cent excellence in uninterrupted power supply with international standards.

Principal secretary for energy Nagulapalli Srikant directed the officials concerned in the department to take immediate measures to develop feedback mechanism including a mobile app through which consumers can access the details of power supply position in their areas and give feedback on interruptions.

The officials told the minister that presently a call centre, Whatsapp, Twitter and other mediums are being used to register complaints. They said they will add additional features on the mobile app so that consumers can register complaints apart from accessing the power supply position details.

Today's Tip of the Day - Who Do You Want?