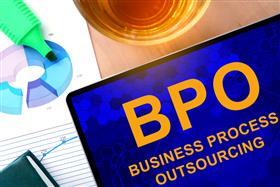 Suva, Fiji, Aug, 2020 -- Fiji is well-positioned to gain from the business process outsourcing (BPO) market especially during a time as presented by COVID-19.

According to the Lyndhurst Pte Ltd’s chief financial officer Manoa Kamikamica, this was a sector where foreign companies could invite other countries with low cost structures to support them in terms of their business processing, such as a call centre.

"Right now there is already some very well established call centre businesses, one is out in Kalabu called Mindpearl and one is called Pacific Centrecom that helps with Fiji Airways.

"So because Fiji is a lower cost structure it’s cheaper for these offshore entities or foreign companies to use our people.

He said the other aspect was having a business process outsourcing for accounting assistance for documentations and legal work.

"That again is very skilled sort of area so these are some of the opportunities that are available and we are not looking too far, we are just looking at Australia and New Zealand markets as well as the US.

"So basically what the BPO industry in Fiji has done, we have created a council, the president is Carol Rounds, and we have been trying to build the profile of the industry because again, theoretically if we have a very successful BPO in this environment, it would still be operating."

He said as people were not travelling to Fiji, this sector would not be affected, therefore the economy would be diversifying and an assurance of de-risking the whole economy.

Mr Kamikamica said the potential in the manufacturing sector was something that needed to be assessed but certainly anecdotally there were discussions on areas of opportunities.

He said in their factory they had 800 workers and if there was an investment whereby a couple of other factories were created, then they could be taking 2000 to 3000 workers.

"If there is an environment for no tax for 10 or 15 years, just the employment in those sectors would mean money in people’s pockets that can buy goods and services.

"For my company Lyndhurst, 80 per cent of workforce is women so we can see it impact quite deeply in the economy because they are not from the high end of society but are grassroots people.

"So its direct flow to the grassroots that comes from the manufacturing and some of the work is very skilful work. He said they had to reduce the hours for their workers without laying off anyone.

"During the lockdown obviously we had to close but then we started off with two days a week and now we are currently hovering between three to five days a week and fortunately because you are dealing with Australia and New Zealand, those economies are funding their workers so they would keep on buying export from Fiji."

Mr Kamikamica said Lyndhurst had been in Fiji for 20 years starting off with 20 workers located in Kalabu.

Essentially it is based off demand mostly from New Zealand and Australia which are their core markets and according to him they were fortunate in a way as those two economies had been very well run and so there was direct assistance ending in the hands of employees and their spending.

He said exporting de-risks the economy, as the export industry was churning along.

Mr Kamikamica added there should at least be a discussion on tax-free factories, discussions around shorter supply chains.

"In the COVID situation, for some of the retailers it has become unpalatable," he said.

"We have done a full feasibility study and have done a market demand study on Fiji and without getting into detail it tells us that Fiji is well positioned for the BPO market.

"Not necessarily the 10,000 plus call centres but the ones in the 100s and 200 kind of range, looking at call centre business outsourcing for recoveries, those kind of skilful sectors.

"At the moment in Kalabu you got ANZ and their outsourcing centre there. You got Mindpearl which is an existing call centre."

He said the market or potential of that market existed and they had been advocating for it to create more visibility.