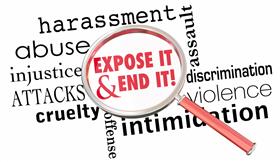 Kolkata, India, July 4, 2018 -- The city cops have asked women, who are being stalked — physically, over phone or in the cyber world — to report them to cops. Lalbazar took to its Facebook page to request citizens to use their dedicated harassment helpline number 8017100100, which is in existence for the past six years but is not utilised much.

Top sources said the dedicated number is now being advertised after several cases of pesky calls were reported by harassed women in various other threads of Kolkata Police on various social networking platforms. On Monday, the control room sources pointed out that more than five specific complaints were received on this dedicated number.

"Are you receiving unwanted phones from strangers? Inform us on our helpline. We are now receiving several messages on our inbox, most of which are from women, who are being harassed. A big percentage of them complain of unwanted, lewd and pesky calls. In every case, we take the necessary measures. Understanding the situation, we have even started operating two new cybercrime police stations in Jadavpur and Port divisions. While you can always send us your complaints on messenger, it is easier for us to respond and stand by you if you call up on this number or email (cyberps@kolkatapolice.gov.in)," the cops stated.

A few days ago, cops arrested a 35-year-old, who had created a fake profile of his former wife and threatened her and his former sister-in-law. The accused has been identified as Sanjeeb Sarkar.

The accused had posed as a teacher of an Ambikapur School. Actually, he was only a Group D staffer. He befriended a teacher of his age residing in Manicktala and two finally decided to marry. After the marriage, the teacher from Manicktala realized her mistake. She applied for divorce and was granted so by the court.