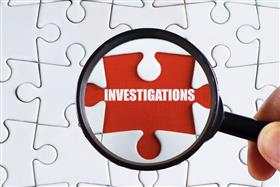 Tbilisi, Georgia, Feb 14, 2022 -- Prime Minister Irakli Garibashvili has instructed Minister of Finance Lasha Khutsishvili to investigate activities of call centres in the country, following a lawsuit stemming from allegations related to an October case of fraudulent operations set up by a group of Georgian and Israeli citizens in Georgia.

Garibashvili said the issue of call centres had become a "subject of constant speculation by some politicians," adding the Prosecutor’s Office had already revealed several facts of criminal offences involving them.

"Since these speculations are not resolved, I would like to ask Lasha [Khutsishvili] to set up a working group with the participation of the investigative service [of the finance ministry], and involvement of other agencies, that will study activities of so-called call centres in the country," said Garibashvili.

In his comments, Khutsishvili said the working group established within his ministry would set up a regulatory framework in order to "adjust this sector." He added the group would make their initial conclusions public.

The latest development comes following a lawsuit filed against two opposition-minded TV channels by Grigol Liluashvili, the Head of the State Security Service of Georgia, after reports alleging links between him and a criminal case involving a fraudulent operation last year.

In October, Georgian law enforcement agencies, in cooperation with their German counterparts, arrested seven individuals in Georgia who embezzled millions of euros from German citizens via fake ‘call centre’ services set up for the purpose.

Mtavari Arkhi and Formula TV channels aired reports alleging links between Liluashvili and the case and making claims of soft treatment of call centre operations from the government, several months ago.