News : FKJGP Proposes Setting Up of Helpline to Report Infiltrators 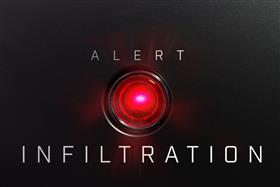 Tura, India, Aug 9, 2018 -- The FKJGP in Garo Hills has proposed setting up of a toll free help line centre in West Garo Hills to enable people to immediately report cases of infiltration from Assam whenever they are detected.

In their letter to the deputy commissioner of the district, the federation, while appreciating the measures being taken by the district administration said that infiltration was still continuing and raised even more concern of the same taking place in plain belt areas of Phulbari which is close to Dubhri District of Assam across the River Jinjiram.

"Phulbari and Dhubri district of Assam share a border on the river Jinjiram. Keeping in view that people that are left out from the final draft might infiltrate inside our state through this river by boats and other means, we would like to urge upon you to view the region with cautiousness and take effective measures expeditiously for the better," the federation said.

Pointing out that there have also been posts in the social media of NGOs and local leaders detecting infiltrators from Assam, the federation informed that it had directed all district circles and units to be vigilant and report the presence of doubtful persons to the nearest authority.

"In order for our people and others to report any such incidents before any law and order problem arises, we request that a help line centre (toll free) is set up," it said in its appeal to the DC.