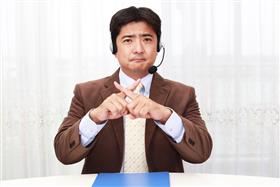 Sydney, NSW, Australia, Sept, 2018 -- Life insurer Freedom Insurance Group has confirmed it will stop cold-call sales for a range of insurance products and discontinue its use of a call centre.

In a statement issued to the ASX issued, Freedom said its board had agreed to cease outbound sales of its term life and trauma insurance, along with a previously announced suspension of marketing its loan protection cover, later in September.

"The impact of these changes on sales and earnings in the current financial year is uncertain," it said.

At his appearance before the banking Royal Commission, Freedom's chief operating officer Craig Orton advised the company had ceased outbound sales of accidental death and accidental injury insurance in August.

The embattled insurer says it will also be terminating its contract with external call centre Peakbound Holdings.

Freedom says it has appointed auditing firm Deloitte to assist with a review into its business strategy, structure and sales practises.