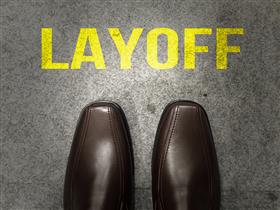 According to a letter sent to state officials, employees who manned the phones in San Dimas will be laid off starting June 1, with the separations spread out over the month. According to one employee, who requested anonymity fearing retribution from supervisors, the staff was informed of the pending layoffs in mid-February.

The employee told the Southern California News Group the San Dimas staff was hopeful a visit in February from corporate officials would bring good news; instead, they were told their jobs were being eliminated.

The employee said the layoff notice he received cited the cost of doing business in California but did not get more specific. Officials from Mount Laurel, N.J.,-based Freedom Mortgage have not returned numerous phone calls seeking more information.

The state’s Employment Development Department requires employers to inform the state of pending layoffs at least 60 before the termination date or pay the workers for 60 days after the layoffs.

No severance packages or opportunities to relocate were offered, the employee said.

"I think their 90-day notice was their way of trying to assist us," the worker said.

Workers at the call center earn an average $20 hourly, with senior, non-supervisory personnel making as much as $27 per hour, according to the employee.

Freedom Mortgage will continue to originate and service mortgages for California homeowners but will service them at other locations, the employee said. The San Dimas operation at 620 West Covina Blvd. is the company’s only West Coast office.