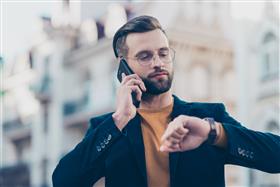 Sussex, UK, Feb 13, 2018 -- The Sussex Police and Crime Commissioner said she was ‘increasingly frustrated’ by how long it takes for some 101 non-emergency calls to be answered.

Katy Bourne was speaking at a meeting in Worthing town hall, where she took questions from councillors on a variety of policing matters.

Joss Loader (Ind, Marine) told Mrs Bourne that residents had reported waiting between 45 minutes and an hour for their call to be answered – with many giving up completely.

Ms Loader also asked how reported crime figures could be seen to be accurate if people were unable to even get through.

Mrs Bourne told members that there had been an increase in the number of people reporting their issues online, but added that money from the coming council tax increase would be used to address the problems with the 101 service.

Describing contact with the public as ‘absolutely fundamental’, she added: "For a lot of people, the first time they ever come into contact with a police officer is over the phone so that 101 non-emergency number is absolutely key.

"I have been increasingly frustrated, as have many members of the public, with the call handling times."

It was an issue she raised with Deputy Chief Constable Jo Shiner at a performance meeting before Christmas.

A report to the meeting said that, in October, more than half of 101 calls had been abandoned and calls that did get through were taking longer to deal with.

The average completion times for October and November were 20 minutes 23 seconds and 12 minutes 25 seconds respectively.

DCC Shiner also reported that some mobile phone companies had a cut-off point where they ended calls after a certain number of rings.

Mrs Bourne told the Worthing meeting that a lot of the problem could be solved by ‘having enough people to pick the phones up’.

In an interview with a local paper last summer, Chief Superintendent Jane Derrick said the call centre dealt with 70,000 calls each month, including 999 and 101 calls as well as monitoring CCTV cameras.

DCC Shiner reported that 430 people were needed to run the control centre properly and 424 were currently employed, with some of them still in training.

The level of staff turnover was reported to be high, often because the staff moved on to other roles within the force.

She said: "There is no doubt that we do need an increase of resources to cope with the increased demand."

Mrs Bourne added: "I would hope that, with the increase in funding now, we will start to see improvement in this.

"We are very aware of what’s happening and measures are afoot to put it right."

Call 999 in an emergency when a life is threatened and there is imminent danger (a crime is happening).
Call 101 when you don’t require an urgent response.
Report online 24/7 for reporting any number of things, including crimes.
Contact your local prevention team by email or phone for matters in your community.
Visit your local police station.
Text 65999 or TypeTalk on 18000 if you are hard of hearing or speech-impaired.

Sussex Police is the territorial police force responsible for policing the county of Sussex in southern England (which for administrative purposes is split into East Sussex, West Sussex and the city of Brighton and Hove). Its headquarters is in Lewes, East Sussex.