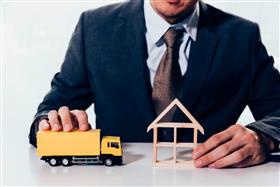 Spokesperson Heather Handyside told The Associated Press 84 of the 142 people working in the center are being offered other jobs within GCI.

She said by email that the company will continue working with the other 58 employees "to identify additional job opportunities that come up between now and November."

The transition is expected to begin in August and be completed in November, she told the Anchorage Daily News. Workers who don’t take another job with GCI will get a severance package, Handyside said.

The call center will be run by Tata Consultancy Services, an India-based multinational technology company.

Current GCI call center workers get from 3,000 to 9,000 calls a day, depending on the circumstances, Handyside said.

The goal is for calls to be answered within 10 minutes but current wait times can top an hour and wait times are a top complaint for the company, Handyside said.

She estimated GCI needs 30 to 40 more staffers in addition to the existing 142 to help hit the wait-time goal but has been unable to make those hires, despite offering competitive salaries and benefits. Handyside said she could not provide average call center worker salaries.

Handyside said the recruiting challenges have continued during the pandemic, a period that has coincided with high jobless numbers in Alaska. The positions require unique skills to address technical problems involving a range of equipment and predicaments, she said.

Heather Hudson, a former director of the Institute of Social and Economic Research at the University of Alaska Anchorage, said she thinks the move will save GCI money and said other companies have taken similar steps.

But Hudson wondered if lawmakers and regulators could do more to keep jobs in Alaska.