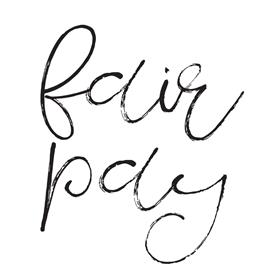 Hattiesburg, MS, USA, Oct, 2018 -- Dozens of employees at General Dynamics Information Technology gathered Monday afternoon outside their workplace to rally for fair wages and an attempt to unionize, giving them a collective bargaining tool.

Regenia Keys of Hattiesburg has worked at the call center for more than two years. She said employees this summer received pay increases to $10.35 per hour, but that still isn't enough for a living wage.

"When I get paid this Friday, I've got a car note that's due," she said. "I've got to pay my rent. My check is gone. My paycheck is not even enough to cover my bills. I'm having my kids come to help with odds and ends and whatever."

Keys said her experience did not factor into the wage increase. The pay rate is the same for new employees without any experience.

GDIT handles enrollment and customer inquiries from across the country about Medicare and the Affordable Care Act’s Federal Insurance Marketplace.

GDIT announced earlier in October that it is selling its call center operations to Maximus Inc. GDIT officials did not respond to a request for comment. A Maximus official said the company is not in a position to comment.

"I will need to refer you over to GDIT," said Lisa Miles, Maximus senior vice president of investor relations and corporate communications. "The acquisition has not closed and your questions are more suitable for GDIT."

Don Freeman of Hattiesburg, who has worked at GDIT for three years, said $10.35 an hour is not a living wage. He lives with two roommates since he can't afford to live on his own.

"I don't have any dependents, but $10.35 is nowhere near enough to take care of myself," he said.

But more importantly, he said, is his qualifications and the nature of the work demand a higher salary. He said he has a college degree and has had to have a lot of training for the job.

"I work for the (health care) Marketplace," he said. "I work for a federal contractor, so I am ostensibly a federal employee."

Keys and Freeman said they are in favor of unionizing so they can get the help they need to improve their wages, but understand that others have concerns, including fear of losing their jobs since Mississippi is a right-to-work state.

"A great number of us are in favor of joining a union, but I understand that a lot of them are scared," he said. "Unions are not looked at favorably in these parts."

In addition, a federal lawsuit filed in September against the company in Mississippi's Southern District claims the company did not pay hourly employees overtime when they worked more than 40 hours in a week.

The lawsuit also says employees were misclassified as being exempt from overtime pay. It also claims racial discrimination and is calling for a class-action settlement, including $75 million in damages.

A report issued in October by Georgetown University’s Kalmanovitz Initiative for Labor and the Working Poor shows that better pay at the call center would inject millions of dollars into the local economy and help create hundreds of new jobs in the region, CWA officials said in a news release.

The study shows most GDIT customer service professionals in Hattiesburg make $10.35 per hour. Of the 10 call centers in eight states where GDIT operates to serve Medicare and ACA callers, GDIT pays its Hattiesburg employees the least.

The low wages also "compound existing racial and gender income disparities because the majorty of employees are women and people of color," the study says.

Patrick Dixon, research analyst at Georgetown University’s Kalmanovitz Initiative for Labor and the Working Poor, said the research included quantitative analysis and interviews with GDIT workers during a visit in August. The organization is not affiliated with the labor union or GDIT.

"We found that given the level of responsibility, the complexity and level of expertise that is required of workers at GDIT, they are significantly misclassified and underpaid according to federal regulations for their position," he said. "Many are finding it hard to get by to feed their families."

Dixon said there are two paths that could lead the workers to better pay: Reclassifying employees to positions that align with their daily responsibilities, according to the Service Contract Act, and to form a union to be able to negotiate better pay rates.

"We found that under those conditions, full-time employees would see their salaries increase by over a third by 2022," he said.

Higher wages would not only be good for the workers but for the Hattiesburg area.

"That would bring in almost $40 million into the Hattiesburg economy and create almost 200 new jobs since people will have more disposable income," Dixon said. "Everyone stands to benefit."

In 2013, Gov. Phil Bryant announced GDIT, located in the Cloverleaf Center on U.S. 49, would bring more than 1,000 jobs to the Hattiesburg area to support General Dynamics' contracts with the U.S. Department of Health and Human Services' Centers for Medicare and Medicaid Services by providing responses to inquiries from CMS customers and beneficiaries across the nation.

The new call center began staffing employees in summer 2013. The Area Development Partnership lists the company as having more than 1,500 employees.