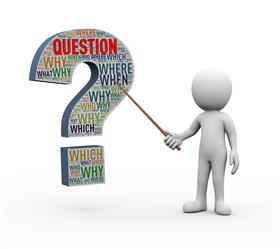 Luton, UK, February, 2017 -- General Motors president Dan Ammann has held crisis talks with the Government and unions over fears that thousands of jobs at Vauxhall could be axed as part of a takeover.

The deal would include Vauxhall, which has plants at Ellesmere Port and Luton employing 4,500 staff.

Mr Clark said the talks were "constructive" and he was reassured that the plants would not be "rationalised".

He said: "I had constructive talks with GM this morning where I emphasised the importance and successful presence of Vauxhall in the UK and welcomed GM's recognition of the excellent and committed workforce at Ellesmere Port, Luton and across the UK.

"There is some way to go in discussions between GM and PSA, but I was reassured by GM's intention, communicated to me, to build on the success of these operations rather than rationalise them. This follows on from GM's recent significant investments both at Ellesmere Port and Luton. We will continue to be in close contact with GM and PSA in the days and weeks ahead."

Mr Clark is also seeking a meeting with PSA Group at the earliest opportunity to discuss the proposed deal that would see Vauxhall and Opel shift to the French government-backed automotive provider.

Germany has already expressed concerns at the proposed takeover, with Chancellor Angela Merkel's cabinet discussing on Wednesday what impact the tie-up would have on the 19,000 German jobs at Opel.

It came on the day GM chief executive Mary Barra is said to have flown to Germany to visit Opel's headquarters in Ruesselsheim to discuss the deal.

Mr McCluskey has called on the Government to extend the assurances offered to Nissan over Brexit to the rest of the UK car industry to help secure jobs at Vauxhall.

Following a meeting with Mr Clark, Mr McCluskey said Unite had stressed to the Government that it ''will not accept any job losses or plant closures as a result of this move''.

He said Vauxhall's UK plants must be offered the same level of certainty over their future as Nissan, adding: ''It does seem as if Brexit is a factor in this decision as GM does rely heavily on its links throughout the EU supply chain."

Nissan announced in October that it was investing in production of new Qashqai and X-Trail models at Sunderland after receiving Government assurances that EU withdrawal would not affect the plant's competitiveness.

PSA Group, which owns the Citroen and DS brands, formed an alliance with GM in 2012 in an attempt to make production more efficient by combining purchasing power and larger scale.

The US motor provider behind Chevrolet and Cadillac said last year that it had to raise UK car prices by 2.5% after the plunge in the value of the pound following the EU referendum result caused the British car industry to hit a ''speed bump''.

Mr McCluskey said after the meeting: "My immediate priority now is to understand where Peugeot is now in this process, which is why I am contacting the CEO of the company, Carlos Tavares, to request urgent talks.

"Unite is committed to talking to all the concerned parties in the UK, Germany and France to ensure that the case for the UK workers is pressed at the highest levels.

"But I also say this, our government should demand that whenever the car makers are meeting with the French and German governments, then the UK government must be at the same table."

Vauxhall Motors is a British automotive manufacturing and distribution company headquartered in England, and an affiliated company of the German Adam Opel AG, both being wholly owned subsidiaries of the American General Motors.

General Motors Corp. (NYSE: GM), A global automaker, has been involved in global sales for 76 years. Founded in 1908, GM today employs about 284,000 people around the world. General Motors manufactures its cars and trucks in 33 countries.