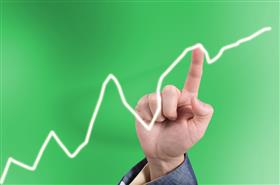 Genesee Co., MI, USA, Nov, 2018 -- A problem plaguing many communities is on the rise here in Mid-Michigan and it could be costing you not only money but potentially life-saving time as well.

False alarms and unnecessary 911 calls tying up first responders who could be needed elsewhere and wasting valuable resources.

Dispatcher Christa Poyorena takes over 200 calls a day. She says when people call in during a non-emergency, it could be putting others at risk.

"You may have an infant that’s having trouble breathing and then you have a person calling in because they’re mad because there’s snow on their roof," Poyorena said.

Poyorena said you should only call in if you need immediate emergency services like police, medical, or fire.

She said another issue they deal with is children getting a hold of inactive phones because 911 can still be used on them.

"Sometimes they’ll call in 20 times a day and we're like 'put your mom on the phone'," Poyorena said. "The thing with a deactivated cell phone is that we can’t call that number back."

Dispatchers said if you have a non-emergency, don’t call 911. Call your local police department.

In Michigan, it is illegal to misuse the 911 emergency number and people can face changes.

"The ties up our phone lines and our trunk lines end it makes it difficult for people that do have emergencies to get through," Poyorena said.