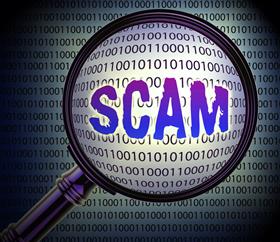 Tbilisi, Georgia, Nov, 2022 -- Georgian prosecutors announced 9 November they have raided call centres as part of a major international probe into a criminal gang that scammed European Union citizens out of millions of euros.

The large-scale operation saw investigators swoop simultaneously in non-EU countries Albania, Georgia and North Macedonia, prosecutors said at a press conference attended also by representatives of Germany, a key player in the probe.

The statement from the Georgian prosecutors said the transnational gang "set up call centres in Georgia and other countries that were defrauding European Union nationals out of millions of euros".

"The defrauded money was transferred to bank accounts of hundreds of fictitious companies," prosecutors said.

The statement, which did not say when the raids took place, said the investigation involved seven countries including Georgia and Germany and was coordinated by the European Union Agency for Criminal Justice Cooperation (Eurojust).

In Georgia, the operation was carried out jointly with German law enforcement agencies at dozens of locations.

"Five call centres and dozens of persons were searched, hundreds of electronic devices, documents and large sums of money were seized, and one person was arrested for subsequent extradition," prosecutors said.

In March, Eurojust announced a similar operation in Latvia and Lithuania that saw 108 people arrested and three call-centres — set up by an organised crime group to defraud victims in various countries — dismantled.