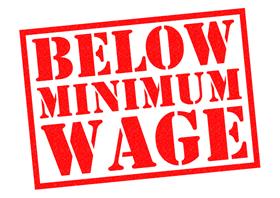 Glasgow, Scotland, Sept, 2021 -- A call centre firm, with a large operation in Glasgow, has been paying thousands of staff below the minimum wage.

Outsourcing provider Capita, which employs workers at Skypark in Finnieston, has paid out hundreds of pounds each to individual staff who were underpaid during the last six years.

In a letter, understood to have gone to several thousand people, including hundreds of workers and ex-employees in the Glasgow operation, Capita said the underpayment was found during a minimum wage compliance review.

It stated: "During your employment with Capita your salary dropped to below the National Minimum Wage due to a small number of technical issues."

It said that the review looked at deductions for salary sacrifice for example for childcare vouchers, additional days of annual leave purchases and the cycle to work scheme and a system for monitoring logging on and off times.

Capita said it now pays the Real Living Wage, which at £9.50 per hour is higher than the Government National Minimum Wage of £8.91 for 23 year-olds and over.

The firm, through its Chief People Officer, apologized to those affected and said it has addressed the "technical issues" that led to staff being paid less than the National Minimum Wage.

Workers and former staff received letters this week notifying them of the mistake.

Sean Clerkin, a former Capita employee, who received the letter, and was re-imbursed for underpayments said it is a "disgrace".

He said: "Up to 1,000 people worked for Capita in Glasgow where this company had a £93 million contract with John Lewis.

"It is a scandal for us to be told years later that we were paid a rate less than the National Minimum Wage and at that low rate for years.

"This was clear exploitation of workers by a large multinational company and Capita should be fined for breaking the law. It is a national disgrace that this happened in the 21st century."