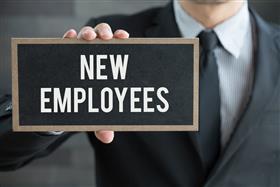 London, UK, Feb, 2020 -- Goldman Sachs plans to expand its retail brand Marcus in Britain this year with more than 65 new staff, a mobile app and more savings products, as part of the group's global shift towards consumer banking.

The new hires will be across Marcus's London office and at its call centre in Milton Keynes, north of London, taking the unit's total headcount to over 300 by the end of this year, from 235 now, Marcus UK's head Des McDaid told Reuters.

"You need a proposition that makes sense and can reach scale, we hope to start looking into that in the second half of the year," he said.

McDaid said Germany would be the next logical market for Marcus to enter, but that there are no immediate plans to make that move.

Goldman Sachs will launch joint accounts this week, easy access Individual Savings Accounts in the second quarter and its Marcus app by the end of the year, McDaid said.

The U.S. lender has already launched the app in its home market.

McDaid said the bank is looking to fill all of the 250-staff capacity at its Milton Keynes customer support centre and could then look to open a second such unit in Britain in the longer term.

The lender is also looking to establish a technology centre in either the midlands city of Birmingham or further north in Manchester, he said.

Goldman has announced plans to launch Marcus current accounts by 2021 in the United States, but McDaid said the lender is focused for now on its savings products in Britain.