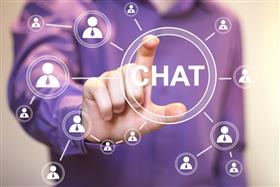 This marks over three million more users than last year, and comes nearly four years after the communications platform got its start in 2017.

Founded by Eldrid Jordaan, GovChat was launched in partnership with the Department of Cooperative Governance and Traditional Affairs. It was introduced as a progressive web app (PWA) to improve engagement between citizens and local government.

As the official citizen engagement platform for the South African government, it acts as a centralised hub that brings all government and civic services together through conversational artificial intelligence, accessible via WhatsApp, Facebook Messenger, SMS and USSD channels.

According to GovChat, it’s processed 500 million messages, and received 80 million PWA page views. In addition, 53% of females access the communications platform, and 47% males.

Despite a few hiccups along the road, GovChat is considered as instrumental in assisting the South African Social Security Agency (SASSA) to enable citizens to apply for the special COVID-19 Social Relief Distress (SRD) grants.

Last year, it was revealed that GovChat saved SASSA R7.5 million through its automated contact centre service, which manages frequently asked questions on social media about the COVID-19 SRD grant.

Earlier this month, SASSA once again added GovChat as one of the online channels through which beneficiaries could submit their applications for the reinstated R350 social relief grants.

"What has been surprising from a GovChat perspective is the number of users who applied for the SRD grants and make use of an iPhone," it states.