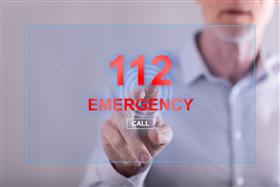 Bhubaneswar, India, Nov 4, 2020 -- The state government has asked police to hasten the launch of the emergency response support service (ERSS) scheme, which will see the integration of key emergency numbers with one unified number — 112. The ERSS or ‘dial 112’ scheme is a Centre-sponsored scheme and is currently operational in some states.

"We have floated a tender to hire 236 vehicles for the ERSS project. Besides, the outsourced agency will provide us 198 people, whose job will be to receive emergency calls at our call centre or control room. Once we get the vehicles and call receivers, we will launch the scheme," a senior police officer said. Police said the launch of ERSS has been delayed by the pandemic.

A high-tech control room to operate the ERSS system is being set up in the capital. People, especially women in distress, can dial 112 or send SMS or press an SOS button on an app to receive immediate response from police. The ERSS also has a ‘112 India’ mobile app that will help people send an alert to police quickly by pressing a panic button. Police can track the location of victim immediately after receiving an SOS.

The ERSS is aimed at helping in optimum utilization of manpower and prompt action on all emergency calls. The ERSS will track the rescue and service vehicles of all services (police, fire and ambulance) on a real-time basis using a digital map and immediately direct vehicles to assist victims.

In June 2015, commissionerate police had launched an ambitious mobile app (Mo Saathi) for women in distress. Police can quickly locate the victims if the latter press a button by opening the application.