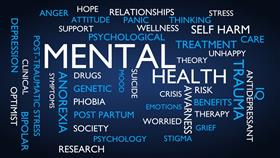 During a press conference addressed by Minister for Health Chris Fearne, the number 1579 was launched and is available and operating from today.

Fearne said that this was launched in light of the fact that mental health cases around the world have increased by 25%.

Fearne said that the need for this helpline was felt after a large number of phone calls on the 111 helpline, which is related to Covid-19, were people asking for assistance regarding mental health.

A total of eight specially trained psychologists will be in direct contact with people with mental health problems through the new helpline, who will provide help when needed at any time of day.

People who make use of the service can also go to the facility it operates in, which is Mount Carmel Hospital.

Fearne said that up until government started training individuals for this purpose, it had an agreement with the Richmond Foundation so that they can operate on a 24-hour basis.

The announcement of a new government helpline caused controversy for those who were used to Richmond’s helpline, as well as staff who claimed that government is undermining their work. Government funds towards Richmond will stop at the end of November 2022. Richmond CEO Stephania Dimech Sant had told The Malta Independent on Sunday that she does not understand why government is seemingly dismantling an already established service.

He continued that government has had several arrangements with many NGOs who specialize in mental health services.

He said that the helpline itself is not enough, but more services will be offered in addition to the existing ones. Fearne said that its interest is to limit the amount of people in hospitals when they can receive treatment in their own homes and remain integrated into society.

Head of Mental Health Services in Mount Carmel Anton Grech said that the service will also facilitate making appointments in a short amount of time.

"At any moment in time, is a person feels that they need help, they can call, and they will find a professional with which he can talk to," he said. Grech said that the services don’t stop only at the helpline, but further services will be offered from the hospital.