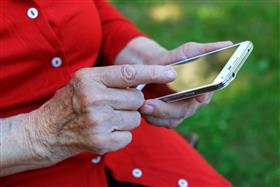 Mumbai, India, Sept 30, 2021 -- The Government of Telangana and Tata Trusts recently conducted a study to understand and assess the needs of the elderly, the existing helplines and also international helplines for senior citizens, basis which, the study reported the the need for a helpline at a national level.

As per reports, this was conducted between March 2019 and September 2020, and based on this experience, MOSJE decided to establish state helplines at each state level and have a single call management platform. A unique number - 14567 - has also been planned which will enable services for the senior citizens through a National level structure.

The Ministry of Social Justice and Empowerment, in a recently released statement, said, "India is expected to have nearly 20% elderly population i.e. over 300 million senior citizens by 2050. It is signiTcant; as many countries have a population less than this number. This age group faces various mental, emotional, Tnancial, legal and physical challenges, and the pandemic has further exacerbated it. What is more important to understand is that, this age group is a basket of wisdom and untapped resource for the overall economic and social growth of the country. Taking cognisance of the growing need to support the elderlies in the country, the Government of India has taken a monumental step towards addressing the challenges and problems they face, through country’s Trst Pan-India toll-free helpline which provides free information and guidance on pension issues, legal issues, extends emotional support, and even intervenes on Teld in cases of abuse, and rescues homeless elderly."

Called the 'Elder Line' this is expected to operate from 8 AM to 8 PM, on all days the week, since it is categorised under non-emergency service. However, this will be for a total of 12 hours now, post which the extension of working hours will be considered depending on the
study Tndings and other requirements.

The National Implementing Agency was set up by MOSJE and the National Institute for Social Defence (NISD) which have jointly hosted the Elder Line along with the respective states. These state-based agencies will be working closely with all departments and district functionaries to deliver services. The helpline is a collaborative effort put forth by MOSJE, State departments, Identified state agency, NGOs, local senior citizens group, voluntary groups, etc.

Two key components - a connect centre and a strong Teld has been planned by the government which will empathise with the senior citizen and understand the problem faced by them, thereby taking care of their needs by implementing necessary interventions required out of the service and as requested by the senior citizen.

Data released by the oicials revealed that till date, a total of 17 states have already opened the Elder line for their respective geographies and others are in the pipeline to be opened. In the last four months alone, over two lakh calls have been received, and over 30,000 seniors have already been serviced. Of these, nearly 40 per cent calls were related to guidance required in the vaccine and queries related to it and nearly 23 per cent of calls were related to pension.