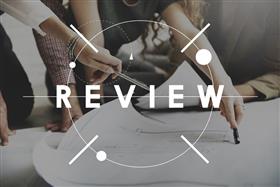 Canberra, Australia, Nov, 2018 -- Australian phone and internet providers are dodging the toughest complaints by forcing customers to report them to the Ombudsman before they’ll resolve them, a Federal Government review into customer service issues revealed.

The report, which is the first of three into the troubled telecommunications industry, made 32 recommendations to improve the way phone and internet complaints are handled in Australia, including establishing more onshore call centres, and issuing a monthly report card to identify the best and worst performing telcos.

But while the recommendations were welcomed by consumer groups, an industry body representing telcos warned it could "drive up the cost of what is already an expensive scheme".

"The consumer safeguards we have in place today are designed around the old telephone network," Mr Fifield said.

"The ongoing relevance and usefulness of these protections is diminishing as Australia’s telecommunications environment and consumer use evolves."

The report, prepared by expert lead reviewer Andrew Dyer, identified widespread concerns about the way telcos handled complaints, and found some carriers forced customers with difficult issues to report them to the Telecommunications Industry Ombudsman (TIO) before they would escalate the complaints.

In these cases, "only those complainants that are referred back to them from the TIO (could) access the providers’ specialised escalated complaint-handling teams," the report said.

"This practice is at odds with operating an effective (internal dispute resolution)."

The report also found consumers who reported problems to an Australian call centre "had greater success at resolving complaints in a timely fashion," and recommended telcos be "encouraged" to establish more "onshore" facilities.

It also recommended that the TIO should be able to contact telcos on behalf of consumers if they were not able to reach them, should identify and report systemic problems to the Australian Communications and Media Authority, and should publish more detailed information about phone and internet complaints, including issuing a monthly report card identifying how individual phone and internet providers performed.

Australian Communications Consumer Action Network policy director Una Lawrence said the changes could address "a big pain point for consumers," and it was "good to see the government acknowledge that overseas call centres (could) present real difficulties for telco consumers".

But the Communications Alliance warned that demanding more complaint services and record-keeping would raise the cost of services in Australia.

"Many of the recommendations would act to drive up the cost of what is already an expensive scheme, and the cost of delivering telecommunications services to consumers and small businesses," chief executive John Stanton said.

"We need to look critically at whether additional layers of regulation would add real value or just extra expense."

The report was released just one month after the Telecommunications Industry Ombudsman revealed complaints about phone and internet services had hit a seven-year high, with more than 85,000 lodged last year.