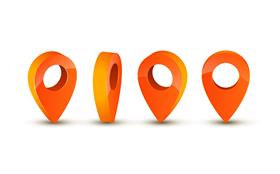 Chennai, India, Nov, 2017 -- The number of people the Tamil Nadu government-sponsored 108 ambulance service ferried to hospitals in Tamil Nadu in October went up by at least 10% despite a less than significant jump in the number of calls it received.

The Emergency Management Research Institute (EMRI), which runs the services, said its ambulances in October ferried more than 1.21 lakh patients, a quarter of them pregnant women.

"The government added 50 ambulances to our fleet. In addition, GPS-enabled dynamic allocation ensured we serve more people," said M Selvakumar, head of operations. The average trips made by an ambulance went up from 4.76 in September to 4.84 in October.

The 900-fleet service usually turns down requests if vehicles are not available nearby. In case of a delay, callers look for alternatives. "That was minimised when we used the GPS-enabled facility. We allotted even vehicles that were passing by. So we can reduce response time."

In 2016, Tamil Nadu topped the country in road accidents and had more than 17,000 fatalities. A health department audit revealed that more than 70% of accidents occurred on 8% of the roads, particularly highways, and deaths happened because victims were not able to reach hospitals or receive basic first aid before the golden hour.

In the 108 control room, staff attending calls can track real time movement of ambulances. "All our ambulances are now equipped with GPS-enabled devices and their movements are being tracked. The devices get us vital information on where the patient is being taken and how long a trip takes," a senior official said

In November, the state launched 'Avasaram 108' to prevent inaccurate location information from delaying ambulances by several minutes. The app, which can be downloaded from Google Playstore, automatically detects the location of the caller, with latitude and longitude details, and alerts the call centre. In the past three weeks, it has recorded more than 26,000 downloads. The call centre has received 7,823 calls through the app, the statement said.