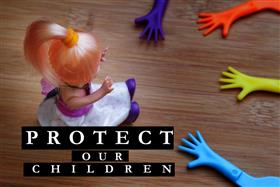 Athens, Greece, May 24, 2021 -- Vulnerable asylum-seekers, including children who are alone in Greece, have needs that require tailored support so as to ensure they are effectively protected. Significant gaps remain in the protection of asylum-seekers and refugees in Greece, which continue to affect negatively particularly those most vulnerable. A positive development this month was the establishment of a helpline to find emergency housing for unaccompanied children who are homeless or live in dangerous conditions.

Lone children are extremely vulnerable and often face insecurity and neglect. As of 6 April, a tracing mechanism is activated to quickly identify children who are on their own in Greece and homeless or living in precarious conditions, and transfer them to safe shelters in the country.

The mechanism was launched jointly by the Special Secretary for the Protection of Unaccompanied Minors of the Ministry of Migration and Asylum and UNHCR. The initiative was also in collaboration with the International Organization for Migration (IOM), Arsis, METAdrasi and the Network for Children’s Rights. The mechanism is co-funded by the Asylum, Migration, and Integration Fund of the European Union.

The tracing mechanism includes a 24/7 helpline available in six languages. The helpline - operated by UNHCR experts deployed at the Special Secretariat for the Protection of Unaccompanied Children – provides step-by-step guidance to children, citizens, local and public authorities on what to do when an unaccompanied child is found and until they are given emergency accommodation. In its first month of operation, the helpline assisted over 80 unaccompanied boys and girls who were living in insecure conditions. Children are in need of special protection against the multiple dangers they face along their journey, among them violence, sexual abuse, human trafficking and exploitation Under this new initiative, children are also provided with material and psychosocial support, interpretation, safe accompaniment when outside the accommodation, including representation during registration procedures with authorities and educational activities through mobile units, day centres and information desks established in Athens and Thessaloniki. Unaccompanied children in emergency accommodation receive specialized support until they are transferred to longer-term accommodation, after an assessment of their needs, their background and the options available in Greece.

Following the increased arrivals of 2015 in Greece, hundreds of unaccompanied children arrived in the country. They lacked appropriate support, housing, and guidance. With overloaded asylum reception structures, children often ended up in unsuitable conditions in police stations or detention centres for long periods of time.
The launch of the tracing mechanism comes after a series of positive developments for the protection of unaccompanied children in Greece.

Almost all of them have been evacuated from reception and identification centres where conditions were dire. UNHCR estimates that as of 15 April, only 112 remained in reception centres.

The practice of holding unaccompanied children in detention facilities for ‘protective custody’ – which lasted for nearly 20 years and affected over 100 children each month since 2017 – was abolished in December 2020. The practice had led to judgments against Greece by the European Court of Human Rights and had been widely condemned by rights groups. The relocation of unaccompanied children to other European countries continues but additional places are needed to support Greece. As of 28 April, 761 unaccompanied children have been relocated from Greece to Germany, France, Finland, Portugal, Belgium, Luxembourg, Ireland, Bulgaria, Switzerland, the Netherlands and Lithuania.