News : Greens to Push for Release of Centrelink Outsourcing Report 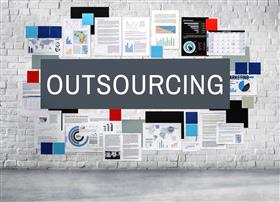 Brisbane, Australia, Nov 12, 2018 -- The Greens will this week seek to force the government to release a report on the use of contractors in outsourced Centrelink call centres.

As one of four new outsourced call centres was opened last month, Human Services Minister Michael Keenan said a report by consultants KPMG into a trial of a Serco-run call centre showed the workers in the privately run centre performed as well as, or better than, full-time public servants in some measures.

The minister refused to release the whole report, provoking both Labor and the Greens to ask that it be made public. The Greens are now signalling they will attempt to pass an order for the production of documents this Senate sitting week.

It comes after a survey by the Community and Public Sector Union found that 85 per cent of Centrelink staff surveyed thought the private call centres were having a negative impact on service standards.

"A couple of weeks ago it was reported that Serco workers are doing 'better' than Centrelink staff, but what Centrelink staff have actually reported is a system riddled with errors, resulting in people incurring debts they do not owe. This in fact reflects what we hear from constituents about their interactions with Centrelink," Greens community services spokeswoman Rachel Siewert said.

For the order to be successful, the Greens need the votes of Labor and some crossbenchers.

"I hope that the Senate will support my order for the production of documents so that we can see the report the government is hiding behind," Senator Siewert said.

The government has committed to an additional 2750 staff answering Centrelink calls, in a bid to reduce the number of calls that go unanswered and the waiting times to speak to a staff member. The jobs will be delivered through four private contractors, Serco, DataCom Connect, Concentrix Services and Stellar Asia Pacific.

Labor has promised that if it wins government next year it would employ 1200 permanent public servants to man the Centrelink phone lines.

Both the opposition and the government were contacted for comment.

KPMG is one of the largest professional services firms in the world and one of the Big Four auditors, along with PricewaterhouseCoopers (PwC), Deloitte Touche Tohmatsu (Deloitte) and Ernst & Young (EY). Its global headquarters are located in Amstelveen, Netherlands.