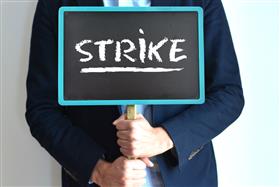 Guwahati, India, Sept 2018 -- About 3,000 employees of GVK-EMRI (Assam) which caters to the 108 and 102 ambulance services across the state have gone on an indefinite strike from Tuesday midnight, prompting the management to push for reinforcements to keep the essential service ticking.

The striking employees are demanding salary increment, privilege leave encashment and reduction of duty hours from 12 to eight hours.

"We are in touch with the state health department which has given us the go-ahead for replacements, including appointment of emergency response officers, if the employees do not turn up for work by today. As it is, we have already deployed our support staff to handle the call centre services from this morning," an official of GVK-EMRI told The Shillong Times here on Wednesday.

"A section of the employees has coerced the majority of the staff to join the cease work without agreeing to our proposal of three months’ arrear payments against increment taking July 2018 as the base month. The privilege leave was paid with last month’s salary," he said

Currently, there are 380 Mrityunjoy and 316 ambulances under 102 services.

"We have 235 Adorani ambulances which will be used at present. Besides, we have shortlisted a bench of 60 staff who might be recruited in a day or two," he said.

The All Assam 108 Mrityunjoy Employees Association, affiliated to All India Trade Union Congress (AITUC), is spearheading the ceasework. The employees had alleged that they have not been paid any salary increment since 2015.

They are also demanding regularisation of services, which according to the GVK-EMRI management is under the ambit of the Labour Commission and that the process was taking its due course as per law.