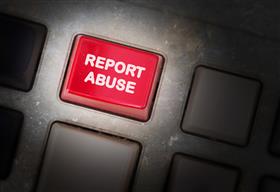 Jakarta, Indonesia, Aug, 2018 -- More than 1,000 victims of sexual abuse in gymnastics are expected to call a new, global abuse helpline in its first year of operations, the sport's president told AFP.

Morinari Watanabe was speaking at the Asian Games after Larry Nassar, a former USA Gymnastics doctor, was handed a life sentence in January for sexually assaulting women and girls.

Nassar, 55, was accused by some 265 women of sexually abusing them over more than two decades. His conviction led to profound questions for gymnastics about how the abuse went undetected for so many years.

In the wake of the scandal, Watanabe outlined plans to establish a call centre that "an athlete or parent can call" from anywhere in the world.

"I think that in the first year more than 1,000 will call to report sexual harassment," said Watanabe, who heads the international gymnastics federation (FIG).

But he said the helpline would also act as a deterrent to potential abusers, and that he expected the number of callers to shrink as time goes by.

In the months since Nassar's conviction, other abuse scandals have emerged.

In May a former coach of Brazil's national squad was fired by his gymnastics club after Brazilian TV reported he had sexually abused boys, presenting testimony from more than 40 victims.

Watanabe said changing the culture within gymnastics was key, explaining that coaches and other support staff often had too much power over the gymnasts and their families.

"Coaches must communicate with parents," he added.

The helpline is part of the FIG's plan to create a Gymnastics Ethics Foundation, made up of a safeguarding section, a disciplinary section and a compliance section.

The idea will be put to a vote of the body's national member federations at the next congress, to be held in Baku in December.