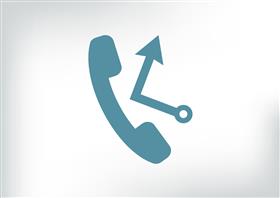 Northumberland, UK, Oct 25, 2021 -- NHS England figures show that it took an average of 1,906 seconds – around 32 minutes – for North East 111 helpline operators to answer calls from people seeking medical help in September – over five times longer than the 336 seconds in April.

Of 105,723 calls made to the service, 54% were abandoned before being answered – well above the percentage in April, when 16% of 112,379 callers gave up before speaking to an operator.

Of the calls answered by North East 111 helpline, 15,657 were recommended to attend primary care services, such as their GP; 4,609 were told to attend an emergency department, and for 7,159 callers an ambulance was called.

Nationally, 1.9 million calls were made to the 111 service in September. A quarter of them were abandoned and the average waiting time around nine minutes.

NHS England said its 111 helpline has seen record demand, taking a call every seven seconds, with over 1.9million calls across the month.

An extra £23million has been given to the service to help meet increased call volume.

Professor Stephen Powis, NHS national medical director, said: "There is no doubt the NHS is running hot, with the highest ever number of patients seen in A&E in September, 14 times as many Covid patients in hospital compared to the same month last year, and record ambulance call-outs."