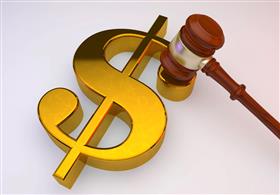 Texarkana, TX, USA, Nov 3, 2016 -- Settlement notices were filed Tuesday in two federal lawsuits accusing Harte-Hanks call center in Texarkana of failing to pay workers for all the time they worked.

The first of the suits was filed July 14, 2015, by Joshua Sanford of the Little Rock based Sanford law firm on behalf of Elissa Shetzer. The suit alleged violations of the Fair Labor Standards Act. Four other former Harte-Hanks employees, Shana Betts, Eric Martin, Jason Cope and Angela Guffey were added to the suit as the case proceeded.

The suits allege call center employees were required to log in to computers and prepare to start working in the mornings as many as 15 minutes before clocking in. The complaints accused the company which handles Fed-Ex customer service calls of requiring employees to work during their lunch hours and after clocking out at the end of the day. The workers complained they were regularly not paid straight time or overtime in violation of federal law.

U.S. District Judge Robert Schroeder III had signed a conditional order certifying the Shetzer case as a class action earlier this year. That meant any Harte-Hanks employee who worked for the company from Dec. 24, 2012, forward at the Texarkana, Texas, call center could join the suit and share in any judgment.

The notices of settlement in the two cases state that lawyers for the plaintiffs and for Harte-Hanks participated in mediation in October. The notice states that the cases have been resolved and that the parties intend to file for voluntary dismissal of the cases within four weeks.

The terms of the settlement agreements have not been made public.