News : Have you Talked to a 'Chatbot?' Missouri Wants to Use Them Instead of People to Give you Answers 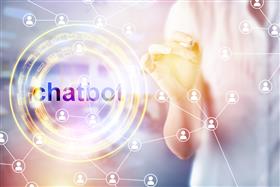 Jefferson City MO, USA, Dec 11, 2019 -- Missourians seeking information about their taxes or their welfare benefits soon could be contacting a robot rather than a real person, under a proposal by Gov. Mike Parson’s administration.

In a budget request to state lawmakers, the Missouri Office of Administration is asking for an estimated $16 million spread over three years to begin adding more so-called chatbots to the state’s call centers.

The move could result in fewer state workers having to answer routine questions about state assistance programs or income tax refunds.

The primary measure of impact, therefore, will be reductions in overall call volume and repetitive inquiries throughout the day," budget documents note.

The move from people-to-people contact within state government operations is growing across the nation.

A recent report from the Center for Digital Government and the National Association of State Chief Information Officers found that about a third of the states are engaged in pilot programs to increase the use of artificial intelligence to provide services.

The budget request says the Missouri Department of Revenue could be among the first agencies to benefit from an increased use of automation.

Officials have grappled with problems at the agency’s call center for years, largely because of low salaries and corresponding low morale, resulting in a turnover rate among employees of 80%.

In 2017, during the height of the tax season, workers at the call center were answering only three out of every 10 calls.

It wasn’t that they weren’t answering the questions posed by people about their income taxes. They weren’t even picking up the phone.

In 2018, following a revamp of the agency’s approach to helping the public, the answer rate improved to more than 80%.

The budget request suggests another revamp at the department is on the way. To bring in more automation at the agency would cost about $600,000.

In addition, the administration wants to hire a consultant who will help bring chatbots and artificial intelligence to other state departments.

The request says nothing about any potential job losses within state government because of automation. Rather, it focuses on customer service, saying that Missouri residents have become accustomed to doing business on their phones and computers 24 hours per day.

Lawmakers begin their annual session on Jan. 8. The proposal is included in the governor’s tentative spending plan for the fiscal year beginning July 1.