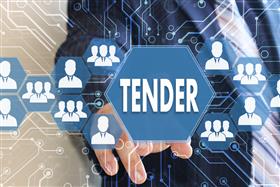 Amsterdam, Netherlands, Feb, 2021 -- The tender process for the public health board systems to handle coronavirus test and vaccine appointments was directly awarded to the French call centre group Teleperformance without being put out to public tender, Trouw reported on Friday.

Tenders over €214,000 must, under EU law, be put out to public tender. In this case the value of the contract came to some €190m, procurement lawyer Maurice Essers told the paper.

Directly awarded tenders are difficult to scrutinise, professor of European public procurement law Elisabetta Manunza said. ‘This type of tender is very short on information and that means citizens cannot check if the right choice was made. So the question remains if the government has picked the candidate which serves society best,’ Manunza said.

Moreover, sidelining other firms not only distorts market forces – a cheaper candidate could have saved the state millions – but a badly organised tender also directly affects citizens, Manunza said, citing the data leaks at the GGD and the long drawn-out vaccination programme.

Other parties were approached, the documents show, and asked to provide ‘basic information’ concerning capacity and other requirements but only Teleperformance was asked to put in an offer. This may have been justified but the documents it has seen do not make this clear, Trouw said.

Regional health board association GGD GHOR later cited ‘haste’ in putting out the tender and said Teleperformance had experience with the GGD system CoronIT because it already handled the test line.

To involve another call centre which did not have that knowledge would have delayed the vaccination programme, the organisation claimed.

However, the argument that there was too little time to put out a public tender did not cut any ice with Essers who said the European Commission has a 15 day procedure in place for just such an emergency.

Today's Tip of the Day - Factors When Considering IP