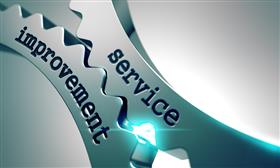 Lahore, Pakistan, Jan, 2019 -- The Punjab Health Minister Dr Yasmin Rashid has expressed her satisfaction over the improvement of the complaints redressal mechanism at public sector hospitals.

She was chairing a meeting of the Complaint Management System (CMS) which thoroughly reviewed online complaints received on helpline 0800-99000 over the last quarter. Specialised hospitals ranked on the top when it comes to redressal of public complaints.

She appreciated the fact that the complaints indicators had fallen to their lowest levels in December. "We have to work hard to stop the indicators from climbing once again" she said. However, the minister was unhappy to see that the majority of the complaints concerned the attitude of staff at public hospitals.

"The medical profession should not be considered as profitable business," she said. The meeting was told that most complaints were against secondary hospitals. According to the data collected, 52 percent of complaints were about secondary hospitals, 32 percent were against tertiary health facilities while 16 percent were about primary health units.

She emphasised the need to strictly monitor attendance of staff and noted that an online complaint system has become a vital source of relief. "CMS would be made more affective. All CEOs of district health authorities should display helpline numbers at prominent places in their respective areas," she ordered.

Meanwhile, another meeting under the health minister chalked out a plan to strengthen primary healthcare services at the community level. Secretary Primary & Secondary Healthcare Zahid Akhtar Zaman briefed the meeting about various initiatives.

Dr. Yasmin Rashid reiterated that social mobilisation is necessary for awareness regarding health, nutrition and WASH. "Only a healthy mother can give birth to healthy baby. The immunization programme will be further strengthened to reduce mortality rates," said the minister. She also ordered the efficient training of lady health workers and community wives.