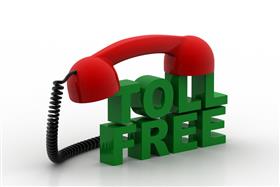 Lucknow, India, July 5, 2019 -- In an attempt to make the government more responsible and sensitive towards the 23 crore population of Uttar Pradesh, Chief Minister Yogi Adityanath launched a toll-free Chief Minister Helpline 1076 for people to lodge complaints from anywhere in the state.

The Chief Minister will personally monitor the complaints and their redressal every month-end and the feedback will be recorded in the officers’ Annual Confidential Report (ACR).

The helpline will thus establish a direct medium between the people and the Chief Minister’s office.

"We are committed to making this government fully responsible and will not tolerate any laxity on the part of the officials in redressing public grievances. The departmental heads concerned should review the complaints registered with the helpline on weekly basis. I will also review the complaints randomly on monthly basis and any anomaly or irregularity in redressal of grievances will not be spared as now a column will be added in the ACR regarding the feedback from the helpline and how the officer concerned cooperated," the Chief Minister said while launching the 24x7 helpline call centre here.

The Chief Minister said that all the complaints lodged through phone call would be addressed within stipulated time and the government would take feedback from the complainants.

"After registration of a complaint, its proper follow-up will be done within 3-4 days to make sure that it is redressed," he said.

However, the Chief Minister warned that if a person filed a wrong or biased complaint, he/she would be punished accordingly.

The Chief Minister expressed annoyance over the delay in solving the problems of the people. "Several departments like Revenue, Urban Development, Irrigation, Law, Food and Civil Supplies, Panchayati Raj and others have not worked efficiently to dispose of the complaints while districts like Prayagraj, Kanpur, Sitapur, and Ballia have been slow in resolving the complaints," he said.

The Chief Minister said that during the first one year of his regime, around 22 lakh complaints of the common man were registered at the CM office out of which 20 lakh had been disposed of but still around two lakh complaints were pending disposal.

Yogi asked the officials to integrate all other helplines of the state government with the CM Helpline so that people did not face problem in registering their complaints.

Earlier, Additional Chief Secretary (IT) Alok Sinha said that a 500-seater call centre had been set up for the CM Helpline in Lucknow which could be extended up to 1,000 seats.

He said that daily the call centre could receive 80,000 calls and 55,000 calls could be outbound.

"We have categorised the complaints — level one, when it can be solved immediately, level two when the departmental heads would be involved and level three, where it will take some time to resolve the complaint," he said.