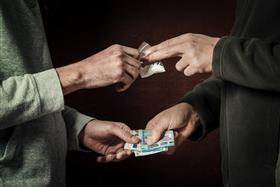 Amritsar, India, July, 2018 --The helpline number, introduced by Amritsar rural police, for sharing information about drug peddlers has evinced good response. Since its launch on July 2, the police have received over 100 calls that have helped it in nailing drug peddlers.

"We have received 108 calls in the past eight days. Callers have shared information about drug peddlers and consumers. After verifying the details, we have admitted a number of drug abusers to de-addiction centres for treatment while stern action has been initiated against drug peddlers. Many of them have been booked," informed Amritsar (Rural) Senior Superintendent of Police (SSP) Parampal Singh. He admitted the police sometimes got hoax calls. "The police take necessary action only after verifying the facts of complaints," SSP added.

As per the report, so far the rural police have nabbed 83 drug peddlers, out of 87, whose names figured in 74 cases registered during the 10-day long drive. Besides, during the course of investigation, the police have also identified 57 drug smugglers, who had provided contraband to consumers. They were also nominated in the FIRs. The police have booked a number of drug peddlers on charges of murder or culpable homicide.

The data revealed that since July 1, the rural police have rounded up 512 persons out of which 272 turned out to be consumers and they were admitted to de-addiction centre for treatment. Fifty of them were sent back home after administering medicine at Outpatient Opioid Assisted Treatment (OOAT) centres.

At present, there are 11 de-addiction centres being run by the government. They are located at Government Medical College, Lopoke, Ajnala, Baba Bakala, Majitha, Tarsikka, Manawala, Verka, Chawinda Devi and Mehta areas. For making a society free of drug abuse, people should come forward and join hands in eradicating the menace, he said.